​You may have heard about a photography exhibit that was displayed on the Atlanta Beltline recently, in which images of the Canine CellMates program, taken by photographer Kelly Kline, were prominantly displayed and publicly removed. This is the statement issued today jointly by Canine CellMates and Kelly Kline that addresses our position on these events:

The images of the Canine CellMates program recently removed from the Atlanta Beltline were intended to highlight a positive rehabilitation program within the Fulton County Jail. The anger over these images is misdirected and those seeking to ban the images are misinformed.

The Canine CellMates mission statement,"Utilizing Shelter Dogs to Change the Lives of Incarcerated Men," is the core of our program. We are on the front lines, working every day to counteract the problem of recidivism. We are helping men affected by incarceration change their lives in positive ways, so that they can return to the community as productive citizens.

The demographic disparity of that wider population need not - we feel - ever be whispered about or concealed in any way by anyone. We only see incarcerated men who need a second chance at life. We see men with the potential to become good citizens and loving fathers.

Photographer Kelly Kline, who has volunteered hundreds of hours with Canine CellMates, respectfully captured the essence of the bond between these men and their dogs in this compelling and ennobling series of images.

We are supportive of anyone who is passionate about the issue of mass incarceration, and the disproportionate number of black men that are incarcerated in Fulton County and elsewhere. Let's use such passionate responses to help impart change.

It is the desire of Canine CellMates, and Kelly Kline, to participate in a public forum that displays a larger body of Kelly's work, and opens the door to dialogue on how we can work together as a community to address these significant issues.

Over 300 men have participated in the Canine CellMates programs since the organization's inception in 2013. The program has also seen the successful adoption of over 100 dogs saved from Fulton County Animal Control.

The ultimate goal of Canine CellMates's unique program is for each dog to graduate and be placed into a loving and forever home, and for men that have evolved while in the program, and supported upon their release, go on to live productive lives without further incarceration. 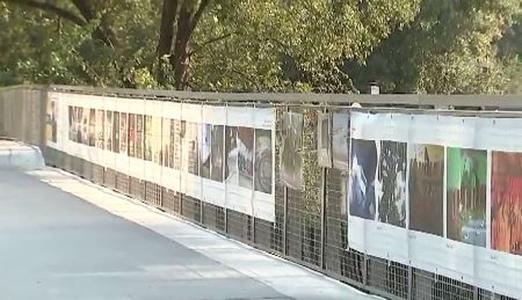 Canines and Controversy - The Belt Line Art Shake Up 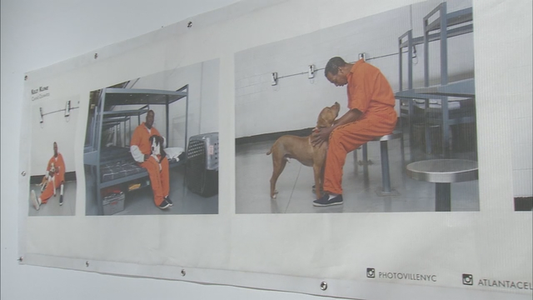